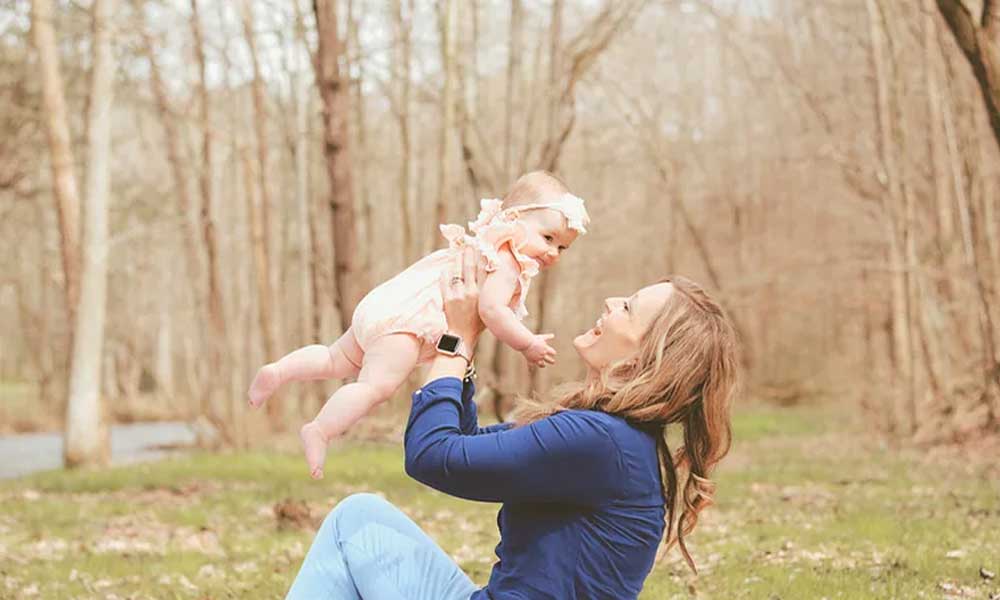 For the last couple of years, Mother’s Day has been such a hard day for me. At the end of 2018, I was diagnosed with PCOS and while I finally had received the medical answers I was searching for, I felt blindsided with the fact that I may not have the ability to have biological children.

When Mother’s Day came around, I was bitter. I was at an event that my church had put on for the women and a lot of those women were young, newly married and most of them were pregnant at the time. There were so many conversations about birth dates, genders and announcements. There were also complaints of morning sickness, back pain and cravings. I couldn’t help but feel like I wanted so badly to join in on the conversation, but I had just gotten another negative pregnancy test. I was broken.

I remember feeling bad for the emotions I had: anger, sadness and confusion. The following week, I was listening to a podcast from Kindred & Co shared a poem that really struck a chord with me. This poem helped me give myself permission to mourn what I felt I had lost, in a way. I want to share that poem with you in hopes that you remember that motherhood is different for everyone and that Mother’s Day can feel different for those different types of motherhood.

Motherhood is a positive pregnancy test, a swelling belly, a grainy black-and-white ultrasound picture taped to the refrigerator. It’s a newborn’s first cries and a drowsy nursing babe.

Motherhood is a stack of paperwork, signed documents, and background checks. It’s having a social worker in your home, getting a physical, and selling t-shirts to fundraise. It’s waiting. It’s hoping, and praying.

Motherhood is waiting expectantly for a due date and watching it pass with empty arms. It’s folding up tiny onesies, washed muslin blankets and tucking them away. It’s the waves of loss that wash over you and threaten to hold you under, and it’s the hope that rises and pushes you forward.

Motherhood is meeting your son when he’s three days old. It’s the smell of his newborn skin and the softness of his dark silken hair. It’s your heart whispering “there you are, I’ve been waiting for you”.

Motherhood is the first glimpse of your daughter’s face, thousands of miles away. It’s the tear-soaked photo you tuck into the visor of your car, press between the pages of your Bible, and carry with you. It’s crossing an ocean and an unspoken number of obstacles to finally hold her in your arms.

Motherhood is the hope that this will be the month. It’s another twenty dollars spent on a test, and it’s the hope that lingers after the bitter disappointment has worn off.

Motherhood is a middle of the night phone call. It’s scrambling to gather up clothes, and readying bottles. It’s standing knee deep in the messy and hard. It’s saying yes to getting attached, it’s being prepared to let go.

Motherhood is sitting through that baby shower and celebrating with your mama friends. It’s bathroom floor, behind the closed door sobbing. It’s waiting for your turn.

Motherhood is loving your baby more than yourself. It’s choosing his life, feeling his first kicks and hiccups. It’s handing him to his forever mama, it’s saying goodbye.

Motherhood is love, and courage, and kindness. It’s hope, it’s loss, it’s joy. It’s longing, it’s waiting, it’s celebrating. Motherhood is perseverance. It’s fueled by lots of coffee and lots of love and lots of grace. I see it in the eyes of a new mama, in the waiting pleas and prayers of a hopeful adoptive mama, and in the beautiful face of my son’s birth mom.

To read the blog post with the poem by Christina Vance on Kindred & Co’s website, you can find that here: We Are Motherhood

Here are two more articles that we felt were great and worth sharing:

If you or anyone you know are considering adoption, or have any questions, please reach out to us through private message on your social media accounts, or email us at inf@adoption life.org.